​     Joe Michael was born in 1955 as the oldest child of Billy Joe and Doris, and the 7th generation to remain on Moore's Family Farm. Growing up involved in the family's diverse farming operation, Joe Michael also developed a passion which inspired him to keep the farming tradition alive. After attending Purdue University, Joe Michael graduated from Western Kentucky University in 1977 with a degree in Agricultural Education. Also in 1977, Joe Michael bought his first share of the farm, consisting of 108 acres. Joe Michael and Kim were married in 1981 and later had two children, Andy Joe and Ashley.

Born in 1934, Billy Joe was the 6th generation of the Moore family to live on the farm. Following their marriage in 1952, Billy Joe continued farming while Doris stayed home to raise their three children - Joe Michael, Tony, and Donna Ree (Shipley). Billy Joe spent his life farming full time on the family's land - at different times: milking cows, managing a hog operation, growing crops such as corn and hay, and raising as much as 40 acres of tobacco each year. In 1995, Billy Joe and Doris began a new venture by purchasing their first Boston Terrier puppy.

​Ashley was born in 1988 and also spent her childhood growing up working on the Moore farm, as an 8th generation farmer. Ashley is a May 2010 graduate of Western Kentucky University and holds a degree in Elementary Education. Starting in August 2010, Ashley began teaching elementary school and continues to do so today. Ashley permanently moved away from the family farm in 2013, following her marriage to Wes Hendrick. Wes is also a graduate of Western Kentucky University and works full time as the manager of Sanders in Glasgow, KY. In July 2015, they gave birth to their first child, Josey Brooke!

Wes and Ashley live on a farm in neighboring Warren County, Kentucky, which is only minutes from the Moore family farm. This allows them both to remain specifically involved with the portion of the family's farming operation associated with Moore's Country Sausage, LLC, where they assist with the sales and marketing of the meat products. 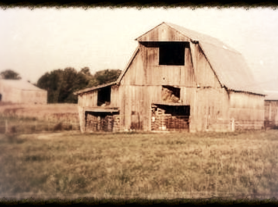 Becoming the 8th generation Moore farmer, Andy Joe was born in 1985 and grew up on the family farm just as his dad and granddad did. In 2005, while still working on a college degree in Agricultural Education from Western Kentucky University, Andy Joe purchased his first 68 acre share of the farm. After graduating WKU in 2007, Andy Joe moved back to the farm and continued his role in the farming operation. Andy Joe and Leah were married in 2009 and welcomed their first child (and 9th generation), Emma Kate, in 2012! Emma Kate became a big sister to Joe Thomas in 2016!

​     In addition to working with the family's current hog, beef, corn, and hay operations, Andy Joe and Leah have recently introduced the first flock of sheep and herd of registered Suri Alpacas to the farm!